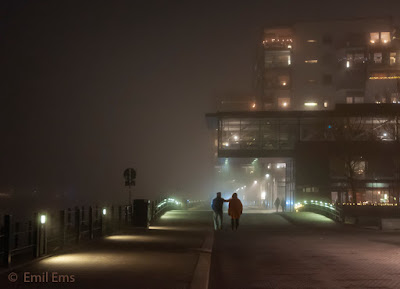 Last Saturday I returned home about 7 pm, after having visited downtown for an intriguing movie called An Officer and a Spy. Still rather pre-occupied with the film's tale, I hardly noticed the weather conditions, at least not before reaching the quay along which my apartment lies. There, I came to a sudden halt, shivering in the miserable and humid cold and squinting at the nearby buildings that barely made it through the fog.

It was as if trying to get a close look into the future, I thought. Most of it is hidden from us, even if some details are emerging from the mist to haunt us. Is it not that we humans are facing yet another onslaught of the plague, without being able to gauge its scope and duration? A new virus has appeared on the scene, threatening to extinguish a substantive part of humanity. So let's give it a go and try to penetrate the veil that covers the coming weeks and year.

Back in 1992, when Sweden underwent its latest crisis (2008 was only a calm breeze compared to that one), I was engaged at Sweden's riksbank as Head of structural banking issues. There, I learnt the bank's motto "Expect the best, but prepare for the worst!". So let's look at the best and prepare for the worst ahead of us in the near future.

For the best case, look no further than to Anders Tegnell, Sweden's official state epidemiologist. With a stern mien, hardly opening his lips when speaking, he directs messages of calm and comfort at an anxious population. "The peak of the plague is reached!", he keeps tellings us, even if the number of infected keeps rising in Sweden. 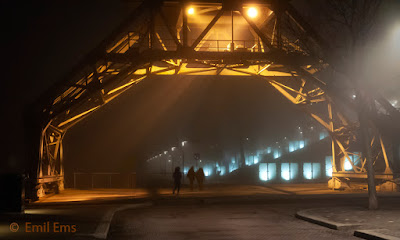 For the worst case, we just have to listen to other epidemiologists, preferably without Sweden's borders, so as not to be influenced by our country's professional soothsayer. There it sounds more like the plague may infect up to 25 per cent of world population, lest an effective vaccine be developed within the year. For Europe alone, this could translate into as much as four million people dying from the plague (at a death rate of 2 per cent).

How will financial markets be affected by the plague? The optimistic scenario has already played out. It led to an abrupt downturn in stock markets around the world, to the tune of some ten per cent. Another ten per cent appears to me already in the cards within the next few days or week. Beside the fear factor driving it, there is also a marked down-turn in the world economy to take into account, with sizeable production-chain disturbances, starting with the Chinese lock-down and continuing with the reactions in the rest of the world.

But what about the worst case scenario? Suppose no vaccine has been developed within the year and prospects do not look rosy. That the number of infected and dying ever keeps rising? This may lead to a break-down of the international financial system, only partly prevented by Central Bank and Government expenditure expansion. For us in Sweden, this may well mean an annihilation of all the gains in asset value accumulated over the past ten years. More modestly, stock prices may crash by at least 50 per cent and real estate by about as much, not to speak about company bankruptcies and bank failures. Seen in that light, I can sympathise with our chief epidemiologist, whose issuances more and more look like invocations!

So, let's join the happy conviviality of diners in our restaurants, let's stay calm and content for the time being. We may yet need som cheerful memories when the tide will be rising! 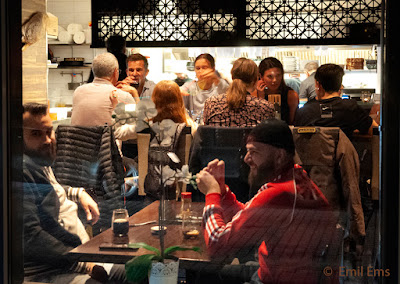 But wait! Before leaving you to your frolicking, Dear Readers, let me remind you that an eminent musician wrote a cosy little piece just before the big crash of ´29, which in a remarkable way appears to mimic the softly-softly pronouncements of our state epidemiologist!

Hi Emil love reading your posts. We dealing with the virus here.
Jamie