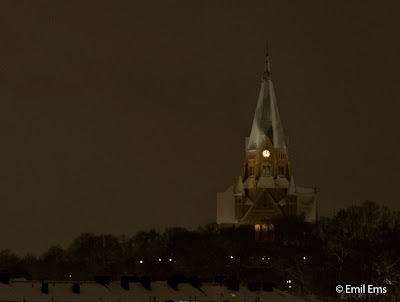 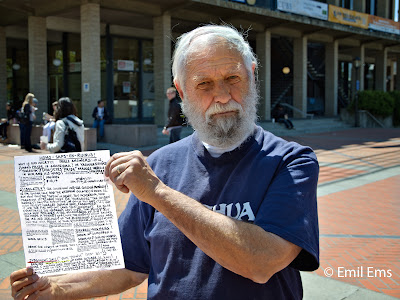 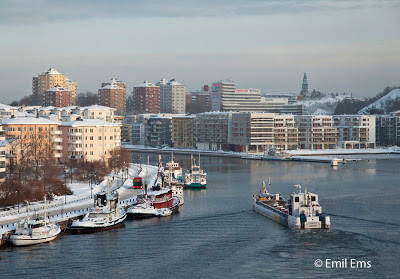 
A MERRY CHRISTMAS AND A HAPPY NEW YEAR
MAY ALL YOUR DREAMS COME TRUE!
Posted by Emil Ems at 12:33

Dear Emil,
Thank you for showing us your beautiful pictures of the church on top of the hill and the wintery Hammary Sound! At the moment the judgement day seems so far away, at least I hope so, and I would prefer to concentrate my mind on the beauty of the landscape around us and enjoy the festive season with family and friends. I wish all of you who read Emil's blog spot a very Merry Christmas and all the best for the new year!
Kind regards
Eva

Emil,
We wish you a Merry Christmas and Happy New Year and as the world still will remain for some time, I will now dare to buy a new calendar for 2013.

Merry Christmas, Emil!
I received your lovely set of essays and Tak a mikka for that.

Today we have serious rain in Berkeley. I imagine they are getting all the snow they want up at Tahoe and are immensely grateful for it.

On Christmas Day I will be hosting a crab bash for friends. We sit around with our hammers and whack lovely steamed Dungeness crab and drink up nice Chablis. Wish you were here to join us!

Have a merry holiday, Emil.

Yes, it will, but not yet. We'll have time to finish our coffee first.
Have some nice holidays. God Jul önskar vi Dig.
HC, Isolde och Andy