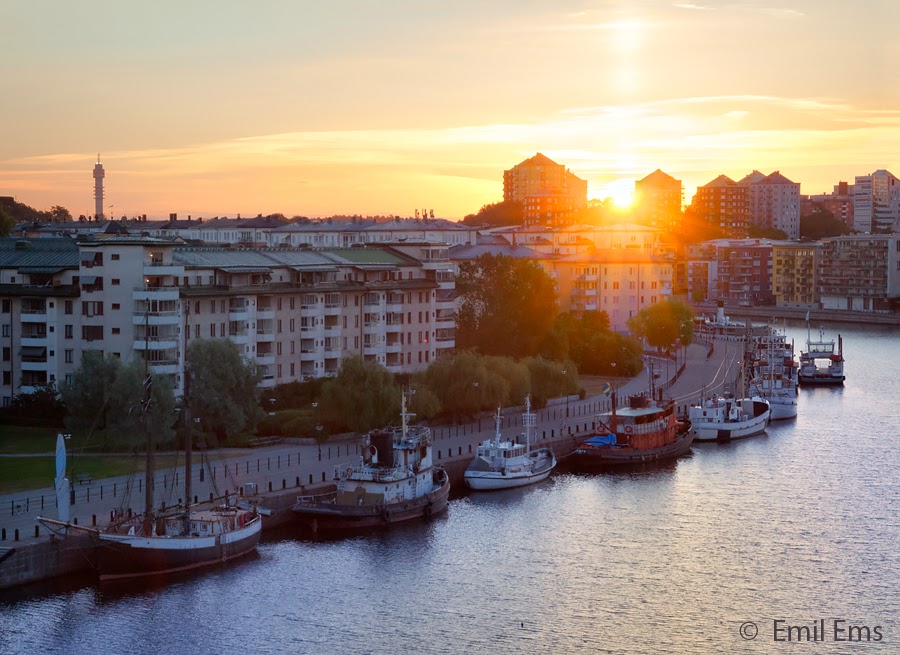 I am gradually running out of themes for this blog, having written exactly 50 Chapters (including this one) up to now. But I will never run out of views, as can be seen above.

This morning, the sea gulls held a breakfast party outside my bedroom window. I sleep with windows open, especially in the summer heat we are having at present, with almost 30° in midday and above 20° even at midnight. So a chorus of shrieking gulls was a sure thing to force me out of bed. It was exactly 4 am and I lurched out to the balcony to admonish the damn birds. They all disappeared as soon as I appeared but, instead, I discovered that the sun had decided to show its face at that very instant. Back in to get my camera and, "Clapunck!", here it is, the picture of the week!

What has Gold to do with it, you may well ask. Well, I am not thinking of the price of that noble metal, even if it happens to be on the rise again, to please some of my friends who love to have it in their portfolio. I am a poor soul myself, with no funds to spare on such exquisite investments ;-) Instead, I am a photographer and as such hold the "Golden Rule" in high regard.

The picture above is a good example of this. You may notice that the sun is placed at the upperright third of it. Thus it is placed accruing to the "Golden Rule" which states that objects placed at upper right, upper left, lower right and lower left THIRDS of a picture demand special attention by the viewer. Something to keep in mind when portraying you loved ones with the iPhone!

On a completely different track, I have begun to worry about, how to organize a good 70 years' party. My birthday is late in December, so this would not work as a date. Instead, I have decided to postpone it to the Pentecost weekend (23-24 May 2015). Since I expect a sizable crowd to attend the event, I think I will invite everybody to a nice luncheon out in the Baltic, why not in Waxholm. But how to ship people there?

Whilst I was thinking about this last May, about a year before the event, I suddenly saw a small steamboat accosting the quay just below my balcony. What a revelation! Why not hire one of those boats to carry us directly from my apartment to the restaurant. Wouldn't that be a good idea? And have you noticed that the boat is also placed according to the "Golden Rule"? 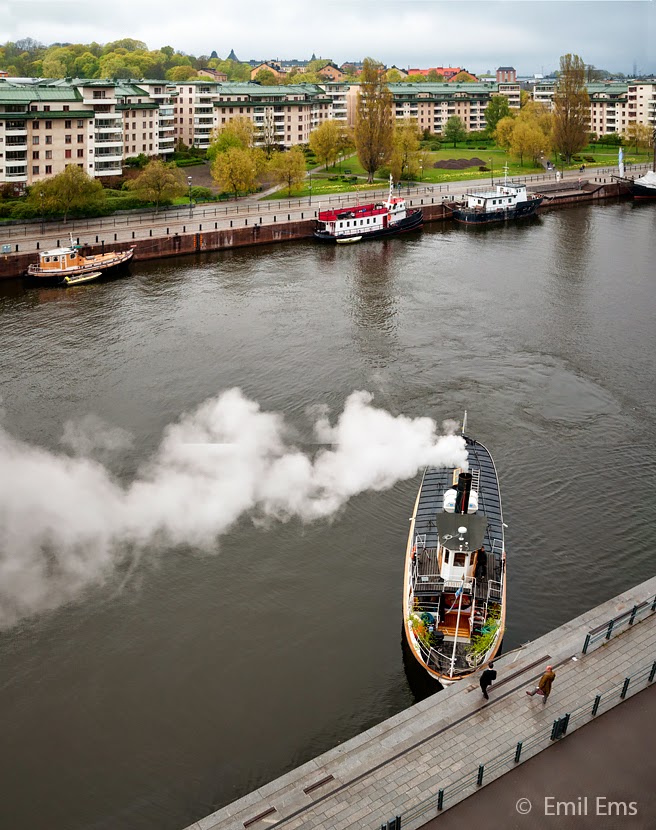