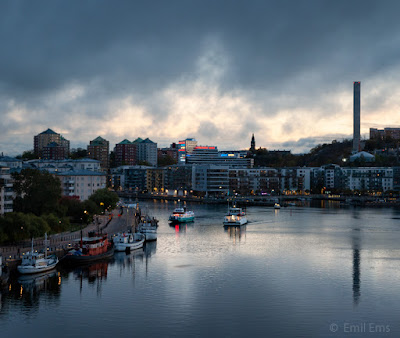 Don't take the page title seriously! Winter is not coming yet, not today at least. Rather, I am at present immersed in a wonderland of medieval type fairytales, enshrined in some forty shiny silver disks that I have to insert into a black box in order to be completely captivated for hours on end. The name of this wonderland is called WESTEROS, and the story is about a multitude of strange but intriguing figures playing GAMES about a THRONE. 'Nough said about it; you know what I am talking about.
I am writing this on the last official day of Summer, this 24 October 2020, in the eighth month of the plague. We have had a pleasant Summer climate this year and mild weather has followed us throughout September and a great part of October. Only just a week ago, temperatures have been falling, but they are, in Stockholm, still comfortably above zero (Celsius), even during the nights. Why am I still calling it Summer? Well, we are yet abiding by Summer Time, changing to Winter Time only at 3am tomorrow! 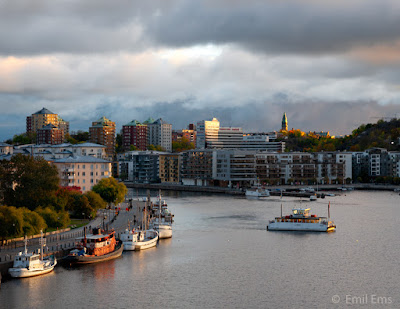 The mild weather lasting until a week ago was ended by a strong battle between cool air from the North and mild/wet air from the East. Views from my balcony started to get interesting again. So, out I stormed with my camera, to benefit from the atmospheric unrest thus created. I trust you agree with me that it was worth my while.
Now, let me come to what really causes me to write this blog post. Day before yesterday, a quite unexpected announcement reached us from television. At the public broadcasting news, the Swedish Public Health Authority, represented by its Chief Epidemiologist, the tight lipped Anders Tegnell, pronounced that it was time to ease the Corona restrictions on us old-timers. As of beginning of November, we would be allowed to relax and to socialise again with our children and grand children; we may even start to hug them again. Under our own responsibility of course, and making sure that we understand and take into account all the risks arising with such activities. 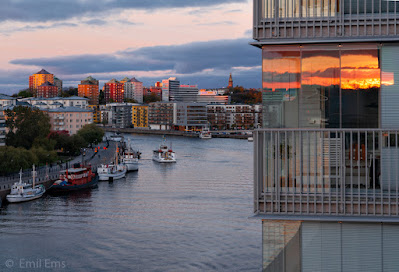 I was a bit confused by this message. In particular, since it was accompanied by strong warnings. The plague is not over yet and everyone, even us old-timers, are being advised to do as always recommended: (1) keeping social distance; (2) washing our hands; and (3) staying self-quarantined at home at the least sign of a cold. Furthermore, statistics show that the plague is still alive and kicking, with the number of infected rising and hospitals in some regions already getting crowded.
How come, I asked myself, that many an old-timer expressed stark relief at Tegnell's announcement, when I myself did not see any difference in the restrictions imposed on us elderly. There are some restrictions of course, mainly that crowds are limited to 50 people, visits to nursing homes are not allowed and restaurants and bars have to obey strict rules of distancing. None of them should be of concern to people like me, that is, people older than 70, living alone in their apartments. I have always respected the public recommendations, finding them sound advice that I gladly follow. So why did Tegnell announce a change in restrictions for elderly that, in fact, did not exist in the first place? 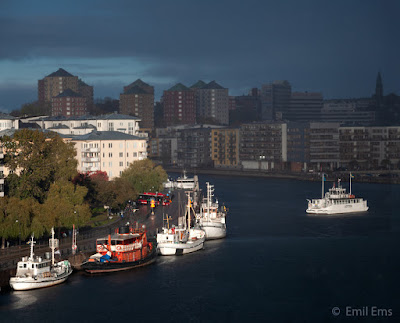 Having pondered this issue for a while, I now think that I have the answer. It lies in the fact that I myself, as Austrian born, do not see any marked distinction between the concepts of "advice" and "recommendation". Both are non-binding statements, inviting you to make up your own mind and act accordingly. But, obviously, the native born Swedes must see a difference. How come, that advice by them is considered non-binding, but recommendation seen as a quasi-mandatory ordinance, causing them relief when it is being lifted?
I think the reason for this can be found in the inner moral of the Swedish mind, a bit different from that of us Austrian borns. Sweden has for centuries been adorned by a State Religion, headed by the King, and with rather strict moral codes. Furthermore, religious and state power have always been strongly interlaced, with the Church acting as the prolonged arm of the executive. As an example, when I arrived in Sweden almost sixty years ago and received my residence permit, I was immediately listed in the population register managed by the Church, became a Member of the Church with obligation to pay Church taxes and obtained my social security number from the Church. 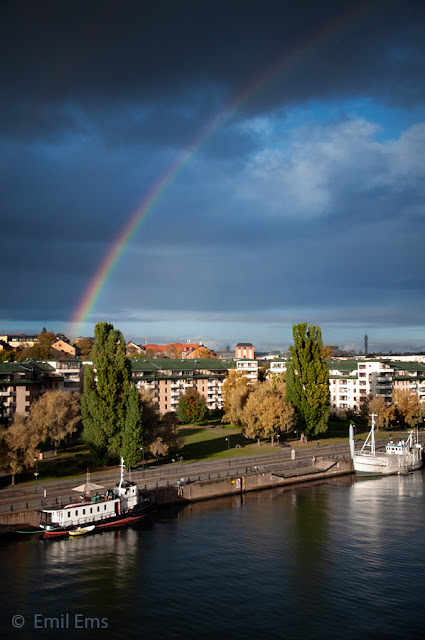 The Swedish State Church, of Lutheran leaning, has always taught its congregation that it is the responsibility of each and one of us to behave in a moral way, even if salvation would be obtained by the Grace of God. At the outset, since the Church was the prolonged arm of the State, State edicts were pronounced by the Priest at service, and abidance by the edicts seen as a moral duty. To me, it seems as if a shadow of this system, long out of practice and formally abolished twenty years ago, is still lingering in the minds of the elderly.
To them, a recommendation issued by the State Authorities, would appear as a moral obligation to be followed, not to be neglected lightly. Thus, when the Authorities pronounce that a recommendation, which an elderly Swede could not consider to be fully relevant, would be lifted, a moral burden would be lifted from the mind as well. For me, who was born Catholic but has left religion aside already as teenager, no such moral obligation exists in my mind. So I don't see any change in binding policy and cannot, to my regret, feel any relief due to Anders Tegnell's intriguing announcement.
Posted by Emil Ems at 17:36 6 comments: