A country’s collective memory is notoriously short. Only those of us older than 50 have a clear memory and understanding of what happened in Sweden in the disaster year of 1992, exactly thirty years ago. The country was standing on the brink, staring into the abyss! The largest financial and economic crisis since the great depression exactly sixty years earlier was in the making. A complete melt-down of the financial system was impending. Only resolute actions by Government, Central Bank and Parliament could save us from the worst. Still, unemployment soared far above 10 per cent, the public deficit rose to more than 10 per cent of GDP,  the Swedish crown had to depreciate by thirty per cent, and three of the major banks (of which there were only 6) had to be bailed out by the Government.

Doesn't the above graph, taking stock of the situation just before the great storm arrived, look uncannily similar to the situation in Sweden this year? Like thirty years ago, the stock market by August has sunk like a stone by som 25 per cent. Fortunately it has regained ten per cent since. Like in 1993, short term interest rates have risen by 2.5 percentage units. So what does next year have in store for us?

Of course, I am old enough not to attempt to prophesy. Rather, let me try to picture some possible scenarios, depending on the role the Swedish Central Bank is playing as guardian of monetary policy. 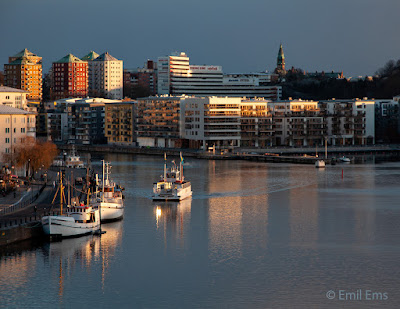 Back in 1992, the Riksbank was not independent, as it is now. The country entertained a fixed exchange rate regime, with the Krona fixed against the Euro (called ECU in those days) and the Bank being entrusted with the task of maintaining the fixed rate. As the crisis evolved, the krona was increasingly put under pressure by foreign financial institutions and had to be maintained by an ever increasing discount rate. Eventually, the latter had to be raised to 500 per cent, in order to keep the krona from falling. First in October that year, Government realised that the situation was untenable and instructed the Bank to let the krona float. This led eventually to the ebbing out of the crisis.

In contrast to this, the Riksbank nowadays is independent of the Government and has “sovereignty” over monetary policy. Its task is to keep inflation around the target of 2 per cent. Since inflation erupted a year ago and has reached levels unheard of in the past twenty five years, the Bank felt forced to increase its discount rate from initially 0 per cent to at present 2.5. This does not seem much, but it implies a doubling of the cost of borrowing money to finance real estate purchases and similar investments. As a result, values of all assets, foremost shares and real estate, have fallen drastically within 2022. Inflation, in contrast, has only begun to stabilise at its unusually high level.

If we are to believe the Bank’s analyses and reports, the Riksbank will taper its rate increasing 2023. Only another 0.5 percentage unit rise is foreseen early in spring and inflation is then expected to abate and eventually fall back to 2 per cent again. This is broadly in line with the forecasts of the US and EU Central Banks. If those rosy expectations come true, we can foresee only minor additional decreases in asset values in spring and hope for at least moderate recuperation thereafter. 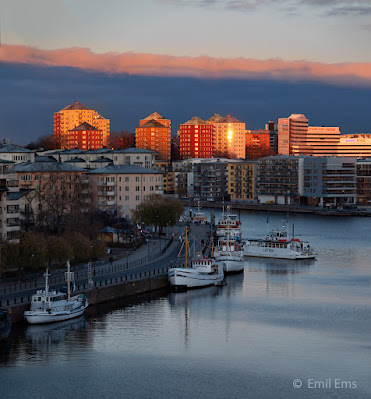 In contrast to the Central Banks, I am not forced to paint the future in moderate terms. In my view, it is quite uncertain which of the two main economic variables involved in shaping the future, inflation and economic growth/activity, react more eagerly to the interest rate increases. If inflation falls more quickly than economic activity goes downhill, we will see the above mentioned rosy scenario unfold. If inflation tends to be more sticky and economic activity more responsive to rate increases, the result will be quite different. I am by nature a pessimist, so let’s say that there is at least a fifty/fifty chance that the second scenario will be the one to plague us.

If so, we realise that the Riksbank, as other Central Banks, will be put in quandary. On the one hand, keeping to its task, it will be forced to continue raising the discount rate, further strangling economic activity and driving down asset values to hitherto unseen low levels and possibly inciting a financial crisis. On the other, if the Bank blinks at the edge of the abyss, draws back from its task, and starts lowering rates again to preserve economic activity, inflation will not return to the desired level. As result, we may well slide into a long lasting period of the economy stagnating, inflation recurring and wane interest rate actions being carried out by the Bank of the type we saw in the ‘seventies, a period adequately characterised by the word “stagflation”. The Japanese experience in the ‘nineties alos comes to mind.

Whatever scenario will actually unfold, I doubt it that we will return to an economy with Central Bank money being supplied free of charge, at 0 per cent interest. The grand experiment of keeping rates low or even negative, and letting them be accompanied by aggressive expansion of Central Bank money, an experiment that has gone on for a decade now, has reached the end date of its use. The new normal may well be a Bank discount rate, in Sweden, of at least 2 per cent and lending rates in future remaining about twice those we experienced as recently as a year ago. Asset values will eventually recuperate, but may not for many years experience a strong upward trend like that of the last decade.

I see that this blog post is turning into a dark tale of worry. This was not my intention. Rather, to explore alternative futures so that we can be “prepared for the worst whilst still hoping for the best!”

Looking up from the computer screen and looking out from my kitchen window here in Hammarby Sjöstad, I realise that the New Year is speedily approaching. Fireworks have already begun to lighten up the sky and people are starting to assemble at their balconies, to watch the spectacle, to cheer and soon to toast in the New Year. In this spirit, permit me to extend to you

My very best wishes for a Happy and Successful 2023

May this little song put you in the right mood for a hopefully rosy scenario!