DECLINE AND FALL OF A GREAT COUNTRY 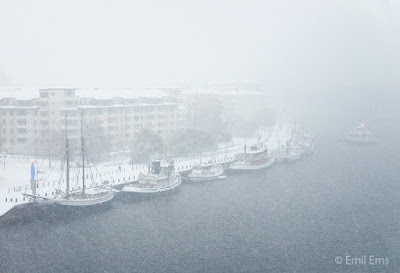 When I am writing this, at 3.30 pm, it has been snowing for all of 42 hours already. No way am I going out for dinner today. Better stay at home and warm up one of those Lidl bean cans. But it is not the cosyness of my home that leads me to take this decision. Rather, it is the sad truth that there has been NO PLOWING OF THE SIDEWALKS OUTSIDE MY HOUSE since it started snowing.

It is as if the snowplowing authorities woke up suddenly, when the first snow flakes appeared, complained half-asleep "Oh my, oh my!", only to go back to sleep again. If this is not a sign of decline, so say!

The title of this blog post does not allude to the recent Presidential election, even if I suspect that Trump may well ring in the "beginning of the end" of the Great Republic. No, it deals with a far more profound issue, the degradation of infrastructure in our own Great Kingdom.

Historians tend more and more to see the decline and fall of her much greater forerunner, the Roman Empire, in secular neglect and decline of infrastructure. In its heydays, the power of the Empire rested in its road-net, the greatest hitherto seen in the world, which permitted commerce and trade to flourish, but – in particular – legions upon legions to move rashly from one corner of the Empire to another, wherever there was a threat to counter on its borders, which stretched almost limitless along the "shining sea".

From the middle of the fourth century AD infrastructure started to become neglected in the Empire, letting roads decay and communications slow down ever more. Eventually, it became a necessity to divide the Empire into two, since no ruler could keep it all together against internal and external enemies. And finally, the weakened armies succumbed to barbarian invaders, bringing its Western half to a bitter end.

We are not quite there yet in our own Kingdom, even if foreign migrants have been streaming in already in their hundreds of thousands. But we are beginning to see signs of secular break-down of public service and infrastructure alright.

Take the railways, which used to go by the watch almost like the Schweizer Bundesbahn in olden days – that is, when I moved to Sweden in the 'sixties. Nowadays there is a distinct possibility of breakdown whenever you are planning at trip from Stockholm to, say, Malmö. Better take a plane nowadays. You think I am exaggerating? Of three trips to Malmö by train I took in the past five years, two had considerable delays of at least an hour. One of them had us blocked on the rails not far from Malmö for THREE HOURS, without possibility to leave the train!

Crime rate is drastically increasing in the suburbs of our big cities. The murder count has more than doubled in those hotbeds of gang criminality, but – what is worse – the clearance rate has skydived. And her I am not even speaking of lesser crimes, like home burglary, which hardly warrant any police investigation anymore.

School results are, to judge from international comparisons, among the worst in Western countries. Medical service in our great hospitals is ever getting more happenstance, with corridors crowding with needy people waiting, more or less patiently, for a doctor or at least a nurse to appear.

And now this! No snow cleaning outside my doors. This is not such a big deal for me, I have collected a substantial number of Lidl food cans to prepare for the worst. But what about mothers having to wade through the snow to deliver their doddlers to kindergarten? Or people doing their utmost to reach their working place, despite snow barriers, unplowed roads and the tram not even arriving due to snowed-over rails?

I think it is about time to take matters in our hands. I count four building co-operatives on our block of unplowed sidewalks. Surely we can afford to invest in a sturdy snow-blower – and the devil take the municipal services! This way we can be sure to make our way at least up to the tramway and the great throughway, which, thank God, is still being serviced by the municipal snow cleaners! 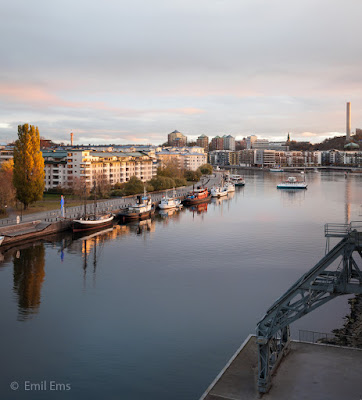