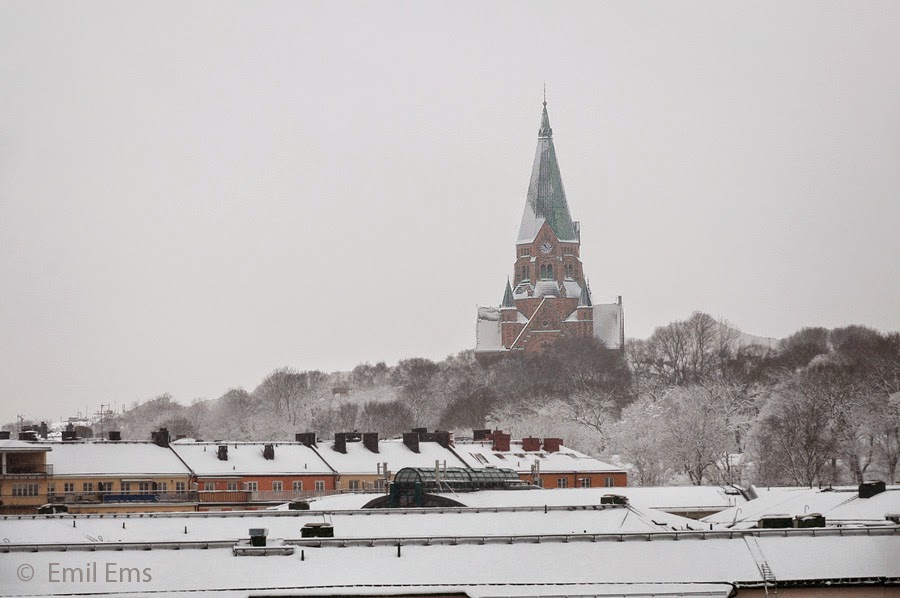 The holidays period has elapsed and we are entering the "dreary season", if I may say so. However, even in January, Stockholm is full of surprises, as concerns the weather at least. Even if the sun is sneaking above the horizon only for six hours or so, this leaves still plenty of room for picture taking.


A surprise this year is its return to normality. For three winters now, this was not the case. Last winter was unusually warm and snow-poor, whereas the previous two winters were unusually cold and snow-rich. This year promises to bring us back to the normal Stockholm winter, with temperatures hovering around zero (Celsius) and snow falling only rarely. Usually, one or two days of snowing are followed by several days still cloudy, but dry. Eventually all whiteness is gone and thereupon snow starts falling anew.


To show you what this does to the view from my balcony, take a look at the two pictures above. The first was taken three days ago, just after a period of light, but steady snowing. As result, a nice carpet of white "downs" is covering the scenery. Furthermore, the absence of ice on the channel testifies to mild temperature prevailing, hardly below zero.

Now consider the second picture. It was taken just six days earlier, at noon like the other one. No snow in sight! You have to look hard to see the very last traces of an earlier snowfall. If you double-click on the picture, it becomes larger and you can just barely identify tiny heaps of snow at the far left of the quay.

The days when the snow is melting away are harsh on us old-timers. They put heavy demands on the municipal snow clearing services, which they do not meet. It would be ideal to clear the snow off the sidewalks as soon as the snowfall has stopped, but this is never done around my quarters. Instead, we have to wade our way through and upwards a steep slope along Luma Street to get to the tramway. This is not difficult to do in fresh snow. The problem arises in the days that follow.

For instance, since 22 January, our sidewalks on Luma Street have been left completely untouched by the communal services. The snow trampled under our feet has become ice and the slope is at times almost unascendable and, which is worse, undescendable. Fortunately, the street itself is still being cleared, sanded and salted, so we choose to step out to it, in harsh competition with the cars, to climb or descend the slope. Shame on you, communal services! 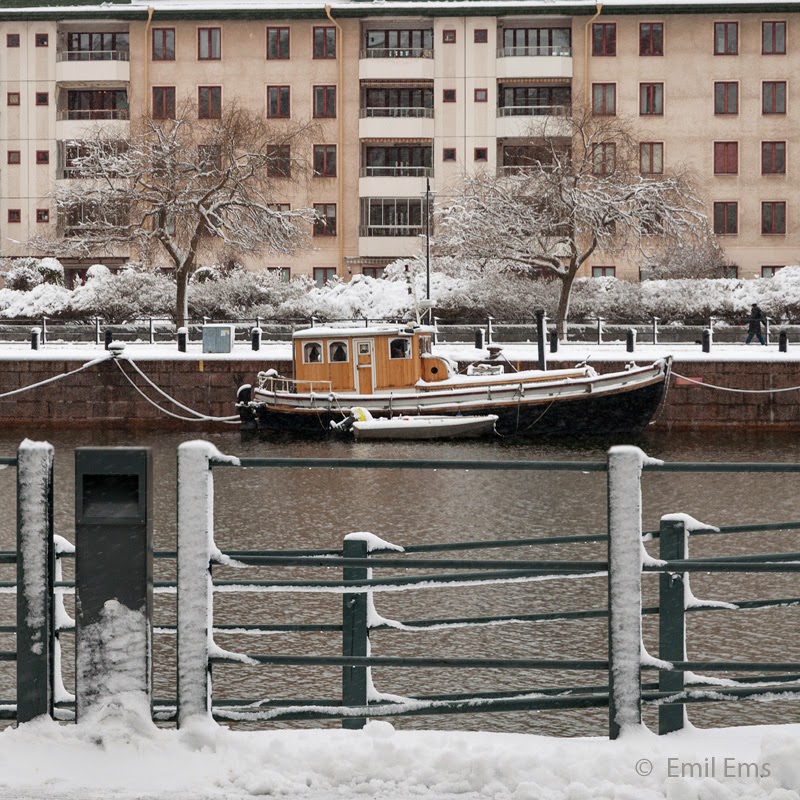 The cycle of snow-fall and slush-meld will repeat itself a couple of times more this winter, I am afraid. The more reason to enjoy a world carpeted in white as long as it lasts. Soon enough, spring will arrive and bring us a new world of color; I will be ready to meet it, with camera on standby and full of enthusiasm for new pictures to show you on this blog! 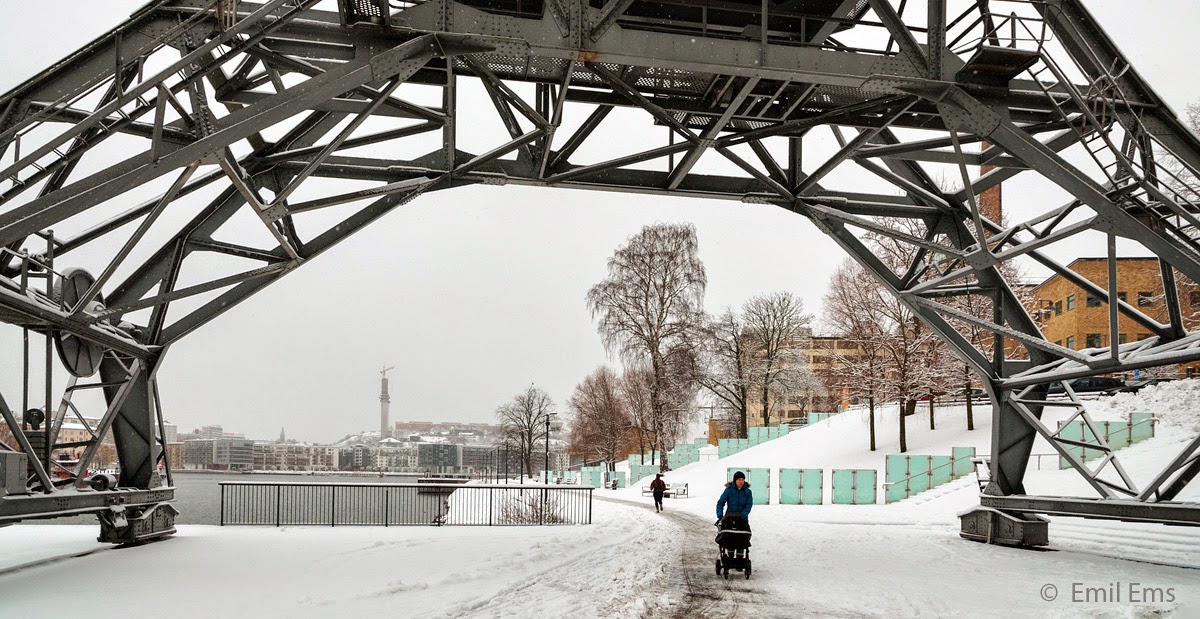